Costa Rica’s Poas volcano recently reopened after being closed since a sizable eruption in April 2017. I previously wrote about volcanoes in Costa Rica and making the move to live here, but thought I would elaborate on Poas just a bit further. 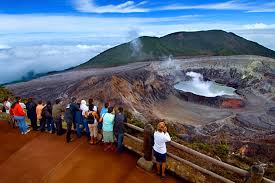 The Poas Volcano National Park was the second most-visited park in Costa Rica (Manuel Antonio is first) with more than 400,000 visitors per year. The beautiful drive up the 8885-ft mountain is worth it by itself, but make sure the driver is not doing the sightseeing, if you know what I mean. Upon arriving you are rewarded with the sight of one of the world’s largest craters. At the bottom of the crater is a steaming, acidic, blue-green lake. The rain-fed lake is surrounded by smoke and steam rising from fumaroles. Water from the lake is constantly seeping through cracks in the hot rock, evaporating and building pockets of steam. When the pressure in these pockets exceeds the weight of the water above, the steam breaks through in geysers that shoot up to 820-ft high. 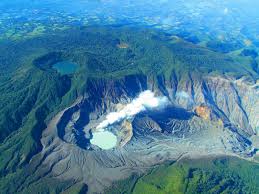 Poas has always been a mildly active volcano, erupting 40 times since 1828. But on April 12, 2017 Poas awoke from a 64-year snooze. The explosion was mainly driven by water heated at the summit crater/vent area generating what is called a phreatic eruption. Plumes of steam shot 3,200-ft in the air, and ash and incandescent rock fell in the surrounding area, suggesting the presence of magma relatively close to the surface. Relatively close is too close for me! Can you imagine the thought of passengers on a flight out of San Jose passing over when it erupted–they got quite the view! Visitors and residents in the surrounding area were evacuated and the volcano and the park were closed for an indefinite period. 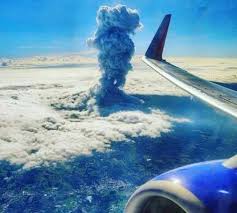 After that eruption, there was concern that there would be no future warning of impending danger to visitors. “Before, there were premonitory earthquakes that would alert us that the system was preparing for an eruption, but not anymore,” stated officials of the National Emergency Commission. 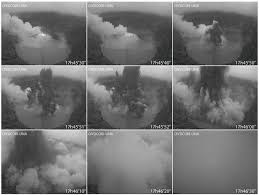 Dr. Mauricio Mora, volcanologist for the National Seismology Network, commented that Poas Volcano is right now “an open system that presents important degasification and could present an eruption at any given time.” A similar situation occurred with the Turrialba Volcano in 2012 and this park still remains closed 6 years later.

I recently read that the park is reopening, which kind of spurred this blog. My first reaction, and I still think this, is why?? Well, because the closure of the park has had a huge negative economic impact on businesses that depend on  visitation to the area. Reportedly sales dropped by 71%, and the National System of Areas of Conservation lost millions in revenue from entrance fees to the park. As always, it comes down to $$$$.

The businesses in the affected area are predominantly small hotels, restaurants serving local fair, souvenir stores, and roadside stands selling locally produced strawberries, blackberries and cheeses. By the way, if you ever get a chance to try these highland blackberries and strawberries, you will never want to buy any others. Logically, those businesses suffered without any visitors to the area. 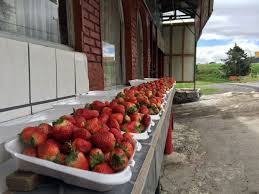 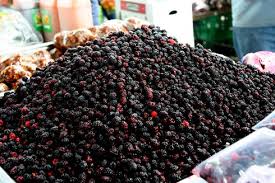 However, in my humble opinion, it seems wrong to invite tourists to an area that can be dangerous just so the locals can sell them something on the way… 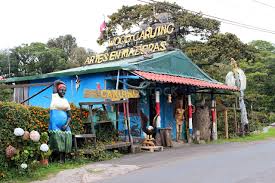 So the Technical Assessment Committee for Volcanology and Seismology set safety criteria and stipulated the conditions necessary to authorize the re-opening of the park. Shelters were remodeled or built near the crater. Like this will help them if there is another big explosion! More gas monitoring systems were installed. There is also a new digital ticketing system to limit access to 50 people at a time, and time spent at the crater will be limited. If an emergency does occur, a protocol will be put into effect that will move visitors to a safe place containing 70 helmets, 140 air filters and 70 individual-use masks. What about fireproof suits???

Poas Volcano is an easily accessible and beautiful national park. I know–I have been there a few times since living in Costa Rica. The crater is spectacular, although because of cloud cover it is not always visible. So, get there early, and buy some strawberries on the way down to help out the local residents!