Costa Rica observed World Oceans Day with beach cleanups and similar events. This is the day people around the globe celebrate and honor the world’s 5 great oceans. No matter which continent you live on, you have an ocean for a neighbor. Costa Rica is blessed to have 800 miles of shoreline divided between the Pacific and the Atlantic Oceans. So it behooves us to care for these closest neighbors since our lives literally depend on them.

How is that, you ask? The ocean produces most of the oxygen we breathe and cleans the water we drink. It is an important food source and a pharmacopoeia of medicines. These giant bodies of water regulate the climate on which healthy life depends.

Those of us who have the privilege of living by the ocean in Playas Hermosa and the surrounding towns can gladly add to the list of benefits the ocean offers us. Playa Del Coco had it own celebration with a beach clean up and parties and events raising money for various ocean projects.

How did World Oceans Day get started? The concept of setting aside a specific date to focus attention on the oceans was originally proposed by Canada at the Earth Summit in Rio de Janeiro in 1992. It wasn’t until 2002 that The Ocean Project began to globally promote and coordinate World Oceans Day development and activities.

“Initially there were only a handful of events in a few countries,” according to the World Oceans Day official website. https://www.worldoceansday.org “Now there are thousands of events in over 120 countries and a social media reach into the several billions.” 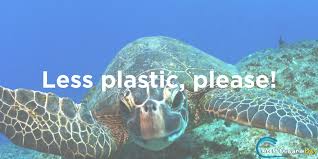 The website continues: “To help grow recognition of World Ocean Day, together with the World Ocean Network and the Association of Zoos and Aquariums, from 2004 to 2008 we developed and widely circulated a petition urging the United Nations to officially recognize World Ocean Day as 8 June each year. As a result of working with hundreds of our partner organizations, and thanks to tens of thousands of people from all parts of the world who signed online and paper copies of the petition, the United Nations General Assembly passed a resolution in December 2008 , officially recognizing 8 June as World Oceans Day each year.”

Costa Rica used the special day to launch a project to protect its corals from the impact of climate change. President Carlos Alvarado signed a decree for the “promotion of restoration and conservation initiatives for the recovery of coral ecosystems,” which are home to a large part of the world’s biodiversity.

The decree, signed on World Oceans Day, establishes guidelines to recover existing corals and create artificial reefs. Playa Hermosa already has 9 artificial reefs that were built over 9 years ago. Today they are teeming with life.

“Costa Rica has 970 kms of coral zone on both coasts, but more than 90% is threatened by human activities, including climate change,” said Deputy Minister of Water and Sea, Haydée Rodríguez, at the signing of the decree ceremony. 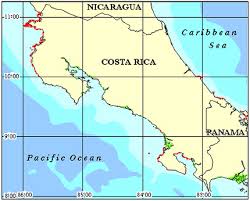 How can you help the oceans even if you don’t live by one?  The World Oceans Day website says “making small modifications to your everyday habits will make a difference, and involving your family, friends, and community will benefit our blue planet even more!”