SalveMonos (which means Save the Monkeys) is a small nonprofit organization in the Guanacaste region of Costa Rica (primarily the Tamarindo and Playa Hermosa areas) created in 2004 by two local business women, Patricia Sterman and Simona Daniele, and their husbands, Larry and Pino.

Karol Allard joined the group and started a northern arm of SalveMonos in Playa Hermosa Guanacaste. Horrified by the sight of howler monkeys electrocuted on power lines and hit on the roads, they decided to take action to save monkeys. The five of them came together at a local community meeting and each donated money to cover the cost of printing souvenir T-shirts which were sold and the profits used to build the first monkey bridges bypassing power lines. 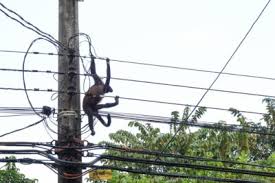 Every year, Karol Allard  sponsors and organizes a “Drumming Circle” on the beach of Playa Hermosa. There is live music and local artist Carlos Hiller, renowned for creating marvelous paintings and sculptures of Costa Rica wildlife and especially creatures of the ocean.  Carlos is always on hand painting live to the music. During the festivities there are performances of fire dancers, various different musicians and more. Best of all, at the end there is a silent auction to see who gets the original Carlos Hiller painting and this raises a lot of money for SalveMonos’. And let’s not forget to mention the many others that help Karol by selling T-shirts and mugs hats and by walking around the event with jars asking for donations. 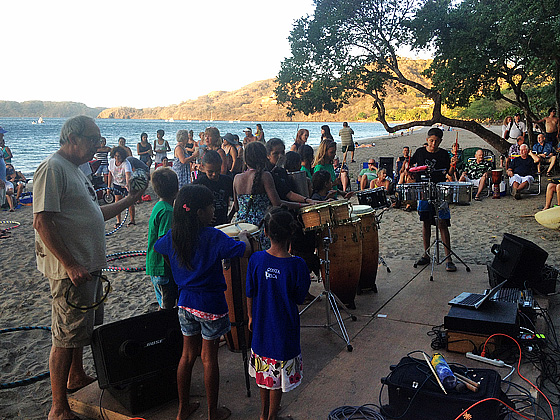 “Thirteen years and thousands of T-shirts later, hundreds of bridges have been built and tens of thousands of monkeys have been saved and/or relocated,” reports Sterman. 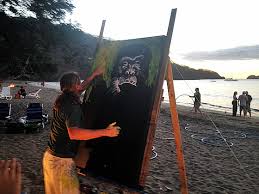 Howler monkeys have a very important presence on the north Pacific coast of Costa Rica, and economic development is threatening their way of life. In what way? The construction of buildings, houses and roads has a negative impact on trees, the howler monkey’s natural habitat and means of travel from one area to another. Development also increases power lines, roads and traffic. In the absence of trees, monkeys use the increasingly ubiquitous streets and electric cables. As a result, car accidents and electrocutions are the main cause of death and injury to howler monkeys in the area. 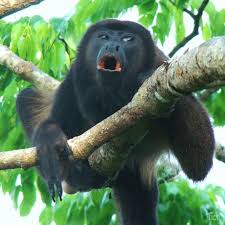 SalveMonos’ goal to save monkeys in Costa Rica is defined by their mission statement: “to protect and rescue wildlife–especially monkeys–through actions that reduce the threats to their way of life, create the environment needed for the survival of their species, and guarantee assistance to monkeys that have suffered accidents or are in danger.” To that end, they established 5 main goals, some of which have been reached while others are ongoing.

They are as follows:
Reforestation and regeneration of biological corridors: Tree nurseries with native species were established and initiatives begun to plant the seedlings in deforested areas. Several areas along the coast have been reforested, reestablishing safe corridors for monkey travel.

Accident prevention: More than 500 bridges have been installed by the electric company for the monkeys to use instead of electric cables. SalveMonos and ICE (national electric company) worked together to design the bridges, and now the company manufactures and installs the bridges free of charge. Also, cone-shaped devices have been installed that prevent monkeys from climbing electric poles. Signs are being placed along roads alerting drivers to the possibility of monkeys crossing the road and setting lower speed limits.
Monkey rescue and shelters: Assistance has been given to more than 600 injured monkeys and 100 orphaned babies. Two shelters have been established to receive the monkeys, get them veterinary assistance, and care for them until they make a full recovery. 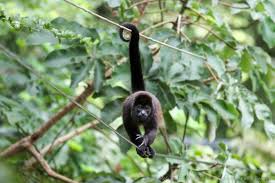 Community awareness: More than 2,300 persons have shown their support of the SalveMonos’ project by donating money, reporting trouble spots, and calling to report injured monkeys. Twenty-five events have been organized to raise money and awareness and recruit volunteers. Local schools have participated in educational workshops.
Influencing local authorities and electric companies: The electric company has committed publicly to hang bridges in the areas SalveMonos deems necessary, to insulate the cables that result in electrocutions, and to lop off the branches near electric poles so monkeys are less likely to climb them. The association continues to work with the electric company to insulate transformers and at least one of the two “hot” wires. This could reduce mortality rates by 90%. 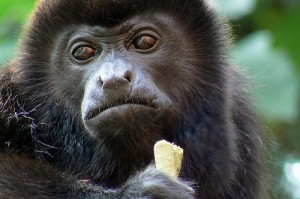 Every year the communities’ involvement and support has increased–a key to the project’s effectiveness. SalveMonos draws inspiration from the words of Jane Goodall, a world-renowned animal welfare activist: “Only if we understand can we care. Only if we care will we help. Only if we help shall they be saved.”
Would you like to help save monkeys in Costa Rica? Donations can be made via PayPal on the SalveMonos website. There you will find contact information if you would like to report injured monkeys, volunteer to rescue and transport injured monkeys or help in one of the shelters.

3 thoughts on “Save the Monkeys “SalveMonos””