You know that feeling of discovery you have when you visit a place for the first time? Every turn of the road is a revelation, each day the light and sounds are new to your eyes and ears. It’s easy to feel the thrill of discovery as you crest the headland and head down the hill to Playas del Coco Costa Rica, but it may even be more exciting to realize the first settlers to this area likely felt the same way—1,500 years ago!  Join me on a journey through the history of Playas del Coco.

A cemetery was found near Playas del Coco and excavated in 2014. They found 111 human graves and 920 artifacts of ceramic and stone buried alongside as offerings. Carbon-dating estimates the cemetery was in use 540-885 AD. The characteristics of the ceramic indicate they are from a time prior to the arrival of the Chorotega Indian tribe. A study of the skeletal remains shows that the people ate corn, and kept dogs or coyotes as pets. They made colorful ceramics and engaged in trading with other Central America peoples.

Now we jump forward in history about 250 years, and we find more people “discovering” Playas del Coco, this time as settlers and tourists. In the 1930s Playas del Coco Costa Rica received its first publicity in the form of a long song composed by Hector Zuniga Rovira. The song is called “Amor de Temporada” or Summer’s Love. The song tells the story of a young man who meets a Morenita (dark-skinned girl) on a summer day at the beach in Playas del Coco. While listening to the sound of marimbas and guitars, and as the fishing boats sway in the water, he sees her singing and approaches her. They draw closer and closer and, as the moon rises, he kisses her ardently, lovingly. And then she breaks his heart. 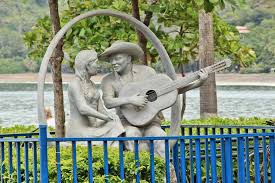 In the 1950s the Costa Rican government encouraged settlement of the sparsely populated coastal areas. Some families moved there in 1956 and like most families they built their homes and businesses right in front of the ocean. There were just four or five families living there, with a total population of less than 100 and one shared well. There was no electricity or paved roads and only one bus in and out per day. 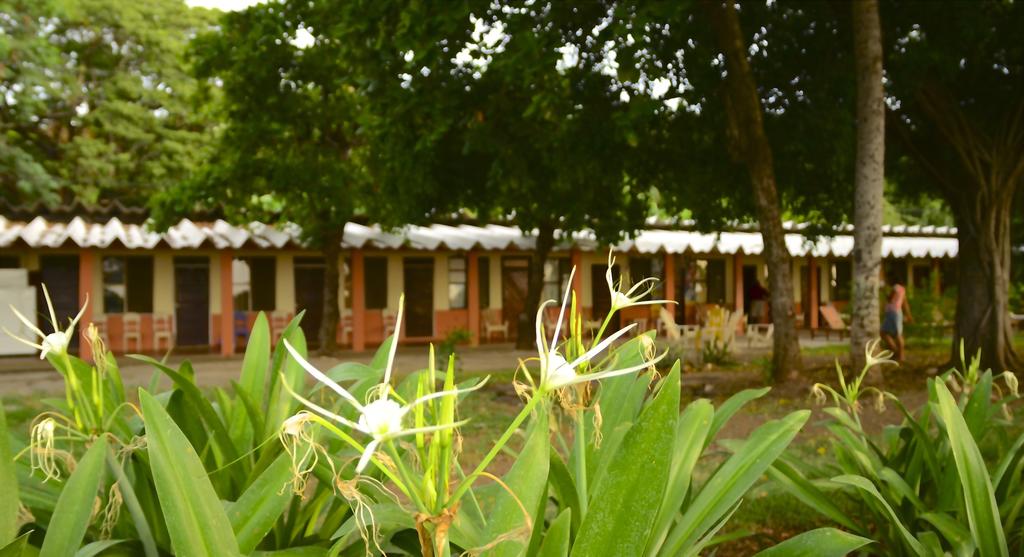 Coco was a fishing village, and folks would wake up at 4 am get their fishing line ready and fish from the beach. The diet consisted of dried fish, rice, and tomato or plantain. Once a week family members would butcher a pig or a cow and there would be a great feast. By 6 p.m. most would gather at the beach and talk and share stories. By 7 p.m. most were in bed enjoying a breeze of the ocean. 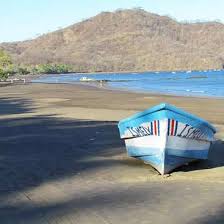 In the years that followed, Playas del Coco started to become somewhat of a tourist destination. It is said that when the popularity of places such as Puntarenas and Limon started to wane, Costa Ricans began to travel to Playas del Coco.

Old-timers recall stories of how they made their way toward Playas del Coco. It was tough to make it from San Jose all the way to the Guanacaste coastline. People started visiting Playas del Coco Costa Rica in the 1950s when it was still a remote fishing village. Some local entrepreneurs offered a few basic services such as lodging in some cabins, cooking homemade food, and renting out their pangas for fishing. Later in the 1960s, when roads improved, finer cabins were built and national tourism began to grow. 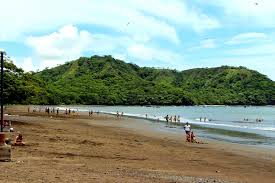 The local inhabitants, called Coquenos, increased their facilities in order to meet the demand of visitors from San Jose. Some of the old-timers remember when there was only one bar in town, Gato Chingo, and it was only open on Saturdays and holidays. Another long-time resident remembers when other bars and restaurants opened along the beach: El Bohio, El Banana, Soda Papagayo, Restaurante Guajira, El Pozo, Bar Roger, Vida Loca, y El Bongo. Playas del Coco had a very lively nightlife!

In 1977 the Maritime Law was passed prohibiting any buildings within the first 50 meters from high tide. Almost all the businesses and private homes were located within those 50 meters, so they all had to relocate away from the waterfront. However, compliance was slow, so the law was reinforced in 1997. Finally, in 2007—30 years after the law was passed–the remaining homes and businesses were demolished. Today, in their place, exists a waterfront park called the Paseo de Amor de Temporada, named after that old love song that first brought people to Playas del Coco.