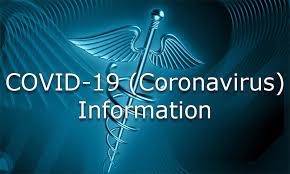 I have written a few articles as well as posted many YouTube videos concerning this. Like the rest of the world, Costa Rica’s primary concern in 2020 has been controlling the Covid-19 pandemic. How has it fared? The answer is not simple. In some areas, like the Papagayo region of the Guanacaste province, the spread of the pandemic virus has been substantially contained and its effects have been largely mitigated. However, the densely populated Central Valley surrounding the capital has had an entirely different experience. How did we get to where we are today?

The first case of Covid-19 in Costa Rica was confirmed on March 6. Having seen the outbreaks and mortality rates that had occurred in other countries, the government quickly took steps to curb the spread of the contagion. Within ten days of the first case, mass gatherings were prohibited, and employees were directed to work from home if at all possible. In-person school classes were suspended, and the border was closed to visitors who were not citizens and shortly thereafter to permanent residents also. The next week additional restrictions were imposed on nighttime driving, church gatherings, and beaches. Even greater travel restrictions were in effect during Semana Santa, the popular vacation period during the Easter week. Many businesses considered to be non-essential were forced to close their doors temporarily. Restaurants were limited to takeout or delivery. The measures were so effective that a full two months after the first reported case, Costa Rica had accumulated just 761 cases, and only six people had died after contracting the disease. During the early months of the pandemic, the number of daily new cases was in the single digits or low double digits. 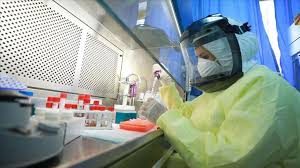 Costa Rica’s national health care system prepared for the pandemic before it developed locally. On March 31, a hospital dedicated to the treatment of coronavirus was inaugurated. This former rehabilitation center was equipped with the ventilators and other ICU supplies and personnel that would be needed. As the virus spread in San Jose and the surrounding metropolitan area, sections of other hospitals were conditioned to receive and treat Covid patients. In the more rural parts of the country, there were few changes in the health care system. More capacity was not needed as the number of cases continued to be very low.

Motivated by the early containment of the disease as well as pressure to reactivate the economy, the government began to ease restrictions. In June and July, national parks, hotels, stores, and dine-in restaurants were allowed to fill to 50% capacity. The authorities applied a method they called “the hammer and the dance”. A period of tight restrictions (the hammer) was followed by a period of eased restrictions (the dance). Plans were made to reinitiate in-person classes after the mid-year break in July, but these plans were later scrapped. Beginning in August, the borders were reopened to tourists from Canada, the European Union, and the U.K. who had tested negative for the virus and had insurance. The same opportunity was given to tourists from selected states in the U.S. effective September 1. Beaches have reopened but you can only stay until 2:30 p.m.

The reopening of Costa Rica’s airports to tourists from some countries and states has moved many to ask, “Is it safe to visit Costa Rica now? What has happened to the pandemic in recent months?” Sadly, the transmission rate has increased dramatically since June. On June 19, 119 new cases were reported. It was the first time more than 100 persons were infected in a day. By July, the number of daily new cases was in the hundreds, and since September started the daily average has been more than a thousand. While those nationwide numbers are concerning, other factors should also be considered. The great majority of the infections have occurred in the Central Valley. Most outlying areas have had very few cases. For example, the Sardinal District–home to Playas del Coco, Playa Hermosa, and Playa Panama–reports just 9 active cases at present and the entire county of Carrillo has had only 103 cases, most already recuperated. Another factor to analyze is that a recent study reveals that of the thousands of cases in Costa Rica, more than half can be traced to social gatherings. The second most common place to contract the virus is the workplace. So for tourists who won’t be engaging in either of those activities, the risk is greatly reduced.

While there are no guarantees, there are ways to minimize your chances of getting coronavirus. Costa Rica has enacted a mask mandate that requires that a mouth covering be worn when inside a public building or while using public transportation. That protects all of us. In addition, the Papagayo region has so many beautiful places you can enjoy outdoors without a mask. I recently visited the gorgeous, uncrowded beaches in the area, and Covid was the last thing on my mind.

Interested in owning a property in Costa Rica, checkout some great options here