Do you like the orchid? I love them! They are the colorful jewels that dot the green velvet landscape of the forest. With their unique petal arrangements that almost look like little faces, they are some of the most popular flowers in the world. If you love orchids and live in Costa Rica, like I do, you have come to the right place.

Though small in area, Costa Rica has one of the largest orchid populations in the world with approximately 1,400 different species. Costa Rica is an area with varying degrees of humidity thanks to the moderating effects of the Caribbean Sea on the east coast and the Pacific Ocean on the west making it a happy habitat for orchids. The majority of orchids thrive in the humid, mid-elevation environments of cloud forests. In one cloud forest, a single tree was found hosting 47 orchid species! Since my mom won’t move to Costa Rica, but loves orchids, every year I send her a new and different plant so she has a mini jungle of orchids in her home. 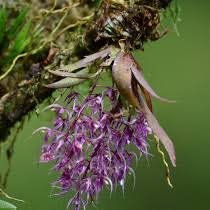 Orchids have been valued for thousands of years. It seems they were grown in China more than 4,000 years ago. Montezuma, 16th century ruler of what is now Mexico, reportedly cultivated several species of orchids. However, it was during the 1800’s that the quest for these plants increased dramatically after Englishman William Cattley received a shipment of tropical plants from Brazil. In the packing material, he noticed plant parts that looked like roots. After planting them, he was delighted when they produced a beautiful purple bloom that was named after him–the Cattleya. That orchid, known as the guaria morada in Costa Rica, is its national flower. 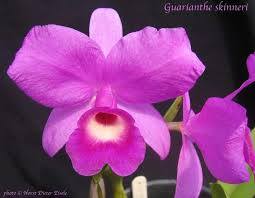 Following Cattley’s discovery, collecting unique orchids became the hobby of the rich, and new specimens in commanded exorbitant prices. By the early 1900’s the orchid craze waned, only to reawaken decades later when inexpensive methods of artificially propagating orchids were discovered. Now we can all enjoy these exotic flowers!

The orchid family is one of the largest flowering plant families with 20,000 members plus 100,000 registered hybrids. Incredibly, they are found even inhospitable areas like the Arctic Circle and semi-desert regions. Some species live in treetops at an altitude of 10,000 feet in the Andes Mountains, and there are Australian orchids that spend most of their plant life underground.

Just like the members of any family, orchids come in all sizes and colors and with all kinds of smells. There is an orchid in Papua New Guinea that is several feet high and weighs up to two tons. Contrast those with tiny orchids the size of the head of a needle. Although some orchids grow rooted in the soil, the majority–called epiphytes–grow on trees or other plants. A few orchids smell like decaying meat (avoid them they stink really bad!), but the vast majority delight us with the faint aromas of coconuts, raspberries, vanilla, or chocolate. 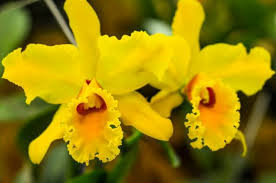 A great place to overload on orchids is Lankester Botanical Gardens, founded in 1917 by British naturalist Charles Lankester Wells. This 27-acre garden is located near Cartago and is home to over 100 species of orchids. Hours of operation are 8:30-4:30 daily and admission is about $5. April is an especially good time to visit because of the number of orchids in bloom. Plan to spend the greater part of a day here—it is stunning! However, if you are not going to be in the Cartago area just head up any of the great mountainous areas that are heavily wooded and you will find orchids. 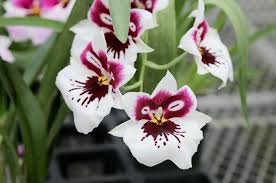 Costa Rica hosts the annual National Orchid Exhibition, the largest of its kind in Central American and the Caribbean. It is a three-day event with a judged competition, videos, lectures, and orchid sales. Something worth investigating if you are an avid orchid fan. 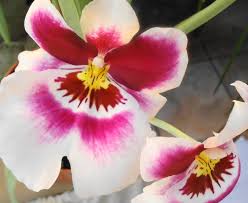 Orchids can be grown fairly easily at home. They can be grown in pots or baskets of pebbles, moss, or tree bark and need regular fertilizing—especially when flowering. The lighting required depends on the type of orchid, so be sure to research your particular species. Water your orchid until the excess begins to drain from the holes at the bottom of the pot. Let the potting material dry out slightly between watering’s. Orchids thrive in humidity, so during the dry season in Costa Rica, you might need to place your plants on a tray of pebbles and add water to just below the top of the pebbles and use a spray bottle to add some mist to the leaves.

So when coming to visit, be sure to take the time to see a few of these beautiful Costa Rica Orchids in the wild. You won’t be sorry! 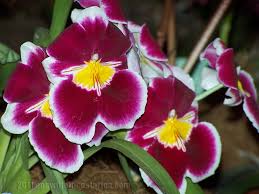