This article was taken in part from Internationaliving.com. Many people have heard about the great healthcare that Costa Rica offers to its citizens and residents. Medical tourism has been on the rise over the last few years because of the great medical and dental options here. Having firsthand experience in both. But don’t take my word for it continue reading. 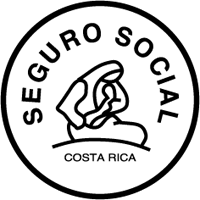 I was sitting on our cantilevered terrace, listening to birdsong and the river flowing below me. I pondered the 11,000-foot-tall Volcano Irazú in the distance. From the top of the tallest volcano in the country, it’s possible to see both the Atlantic and Pacific Oceans on a clear day.

Suddenly there came a rapid-fire knock at the door. I knew something was different this morning—Costa Ricans rarely get worked up.

A neighbor, who knew I’d worked as a doctor in the U.S. before retiring to Costa Rica, wanted me to check his uncle, who was “having a problem.” I found an elderly fellow, surrounded by supportive family members, who was in pain and having a nosebleed. We loaded him in my car and drove the three miles to the nearest Caja—the nickname for the local public healthcare office.

Although the waiting room was occupied by folks waiting their turn, everyone generously ushered us to the front of the line. The old man was immediately assessed by the physician, received an ECG (to check for electrical problems with the heart), was stabilized, and later transported to a large hospital about 30 minutes away. There he was treated for his heart attack. I never saw it handled any faster when I was working in the U.S.

When my partner and I left Texas for Costa Rica, many friends said, “Well sure, you’re not worried about medical care; you’re a doctor.” To tell the truth, that actually makes me much more critical of the medical care available in other countries. Unlike some foreign nations, Costa Rica has nothing to worry about; state-of-the-art services are available here in all branches of medicine and dentistry.

Costa Rica has both public and private healthcare options. Almost every large town has its EBAIS (Caja) office where people from the neighborhood and surrounding towns, including expat residents, can get medical care. If you have a pre-existing condition you won’t be excluded. The EBAIS clinic for the beach areas around where I live is centrally located in Playas Del Coco. 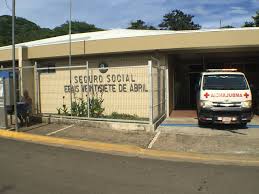 There are also private doctors and hospitals, just as you’re used to in North America. CIMA Hospital in San José has everything you could need as in intensive care, all the surgical specialties, and even dental treatments. Just 7 miles from Playa Hermosa, is another CIMA hospital, which a 24/7 emergency room and if need be, as in my case, they will stabilize you and air transport you to the main hospital in San Jose. 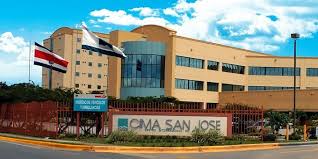 I know you are thinking “What’s the cost?’” Roughly 30% to 70% cheaper than U.S. or Canadian prices. And CIMA Hospital is Joint Commission International-Certified. That’s the gold standard in healthcare—many U.S. hospitals fail to receive that accreditation. CIMA is also the only the only hospital in Central America that is accredited by the Department of Veterans Affairs.

That’s not to say that public hospitals are not any good.

Many expats use a combination of the two systems. Donald Martin, 73, had knee surgery in Georgia some time ago that is now failing him. He needs a series of injections in his knee. He saw his Caja doctor here in Costa Rica, who reviewed the records his orthopedist sent from Atlanta. He could have waited a few weeks for an appointment within the Caja system—about the same wait time for new patients to see a specialist in the U.S. But he preferred to be seen immediately and was referred to three nearby surgeons in the private sector. The next day, he learned he could receive the same treatment he’d had in Georgia, but at a considerable saving. “Not only am I saving on time and airfare back to Georgia, but the cost of the injections is $400 here, as opposed to the $1,200 I was quoted there.” 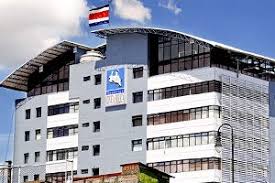 So these are just a few of the folks mentioned in the article. I know many ex-pats that have used the CAJA system and are very pleased with it. My good friend Alain Mouquet, had a procedure done on his face to remove cancer, He is still ugly but you could not tell he had the work done. Just kidding Alain, you’re a handsome dog you!! The cancer was totally removed and follow up teste showed he was cancer-free. All done at a CAJA hospital.
As I mentioned above medical tourism is also growing rapidly. An estimated of 40,000 people come to Costa Rica every year for healthcare needs. From Basic surgical procedures to more serious ones and well as dental care. I recommend my dentist to many folks, Dr. Daianna Morales in Playas Del Coco, Coco Dental and medical, https://cocodentalcare.com/ she is incredible. Speaks perfect English, has all the most up to date and modern equipment and she is a pleasure to be around. I highly recommend her. 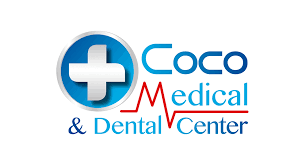 2 thoughts on “HEALTHCARE IN COSTA RICA VERSUS U.S.?”