As a visitor or resident of Costa Rica, you often hear a local (Tico) greet you with “Pura Vida”. They use it to say hello, goodbye, or to let you know everything is cool, OK. It is their way of letting you know they don’t stress the small stuff. 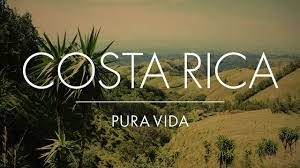 It is said that the term actually came from a 1956 Mexican movie titled Pura Vida! The main character is an optimistic sort despite negative circumstances who repeats the words “pura vida” throughout the movie. The phrase caught on it Costa Rica because it perfectly expresses the Tico’s optimism and easy-goingness. They are a non-stressed, less litigious people.

You will enjoy that attitude the minute you land and all through your visit. Costa Ricans are endlessly patient with us as we struggle with their language or we need to stop at yet another souvenir store. They will never rush you from your table at a restaurant. You could literally walk up to a house, knock on the door, and ask for a cup of coffee and the lady of the house would be happy to serve you. It is a beautiful quality.

Until you want to get something done quickly or efficiently. Then it is at odds. In the U.S., the cornerstones of customer service are speed and efficiency. They are not in Costa Rica. They want to serve you, but efficiency, while it feels great to gringos, feels cold to Ticos. One time when I was in the States I renewed my driver’s license (at the local revenue office) and my passport (at the post office) in a ½ hour. It was a satisfying experience for all involved. Generally speaking, Ticos would not have enjoyed it.

What they like is for everyone to get along, and for the transaction to be friendly and personal, even if that means going about it really slowly. They are always in easy-going mode and expect you to be. Getting mad or demanding is a sure-fire way to slow things down—maybe not that time but certainly the next. And Ticos often will go the extra mile for you, but not if you demand it. 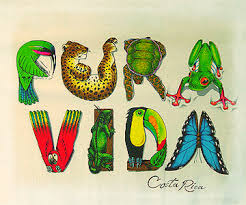 You can’t expect “easy-going” whenever you want it and efficiency when you demand it. Costa Ricans do not have a double standard and you shouldn’t either. This is not a made-to-order country where everyone is exactly what you want or need all the time.

At a bank I have been in a line with 25 other persons, and watched 4 of the 6 tellers going on lunch break, slowing the progression of the line to that of a glacier—about 4” every thousand years. You look around for support in your outrage, and you realized you are alone. You are the only one who cares. Unless, of course, there are other gringos in the line. 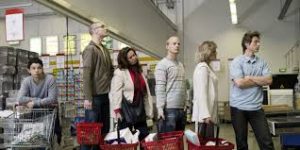 One time I went to immigration to pick up my residency which was supposed to be ready. After waiting a couple of hours in line, some pronunciation of my name was called. I was informed that they could not give me my residency unless I had my passport along in which a stamp would prove my entrance into the country a few months before. They had a record of my departure, but not of my arrival. I said, “You need proof of my return to Costa Rica?? Tah dah! Here I am! Right in front of you.” They said they had no record of HOW I returned to the country—air, land or sea. I pointed out that they had a record of my mate returning to the country by plane on the date in question. I asked them if they thought my mate had flown home, but I had taken the bus down through Mexico and Central America, swimming across the San Juan River between Nicaragua and Costa Rica, and then hitch-hiking the rest of the way home. The man just stared at me. And I was getting angry, which was close to stopping the process all together. More than that, I was using sarcasm, which is lost on almost all Ticos, rendering it completely ineffective. So a few days later I meekly stood before them with my passport and its telltale stamps, and I was handed my renewed residency.

3 thoughts on “THE FLIP SIDE OF “PURA VIDA’”