I have been living in Costa Rica for over 12 years now. Why I chose Costa Rica over other “popular” Latin American and Caribbean countries to become an expat, well the list is many. It all started when I decide to make a plan to leave the United States and become an expat moving to Costa Rica. Costa Rica was the third county destination I chose out of seven.
As a real estate agent in Costa Rica I receive many inquiries all the time from people from all over the world. Some of the folks that inquire had already taken a vacation in Costa Rica and wanted more information about possible owning a property in addition to what it takes to moving to Costa Rica and being an expat. Why not? I did it!

I also get inquiries from people that say, “I am just in the beginning stages and I am also considering other Latin American countries like Mexico, Colombia, Panama, Nicaragua, and some Islands in the Caribbean” then the next thing they ask is “why is moving to Costa Rica and becoming and expat a better option”.
I am honest with people; I tell them the truth. Costa Rica is not right for everyone, and there are some countries that are actually less expensive to live and purchase property but as always, watch out when something sounds too good to be true—- well you know the saying. I also tell these potential expats, that media sources like the very popular International Living and other travel relocation companies may not always be the best source to gain knowledge, even for Costa Rica. I know firsthand as I almost fell into the same trap, but that is another blog topic. 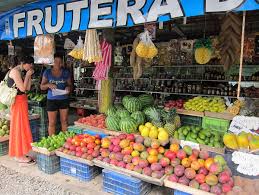 So I always tell these folk that it is best if you have not been to Costa Rica, or any of the other countries on your list, get moving and check them out, but come to Costa Rica first, don’t stay in a resort, rent a home or a condo and live like an expat would. Make Costa Rica your stating basis point to work from. Go grocery shopping, go to a store to buy a new bathing suit, interact with the locals. I also recommend that when they travel to the potential expat location, talk to as many expats as possible. There will be good and negative responses. The negative ones, not matter what country you visit, are usually from those that did not do their homework first. Based on the amount of people that have taken my advice and wanted to live full time in Costa Rica, almost 85% are becoming an expat moving to Costa Rica.
Here is a list of the top four countries I visited when considering moving to be an expat. 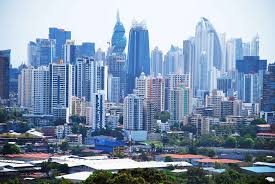 Panama: Very similar to Costa Rica, closest I found. Panama dose have better tax incentives for moving and becoming an expat, and the government is not as bureaucratic as Costa Rica. However, there is more to living that just taxes, I found Panama City to be a city just like any big city in the world, hence why I live in Guanacaste a bit more remote but still have all the services that I need to live a very comfortable life, and trust me I have some high standards. However, you get outside of Panama City, like being in Guanacaste as an example, and the quality of living goes way down, and the crime goes way up! Then there is the number of COVID-19 cases, as of writing this Panama has 5,166 cases and 146 deaths. Costa Rica on the other hand has 689 confirmed cases and only 6 deaths. MAJOR difference! Most people that were thinking of being an expat and moving to Panama, well they came to Costa Rica. 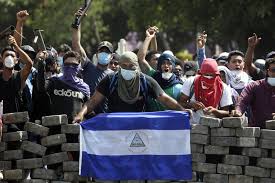 Nicaragua: Beautiful country, beautiful people, I really liked it. However, I would not drop a dime in that country because of the government situation there. It is close to a communist back dictatorship. I won’t go into the uprising that accord last year and the amount of people that were killed. I will say as of 2 weeks ago the government was basically still saying COVID-19 it does not exist and was encouraging mass gatherings. Cost Rica closed it northern boarders to prevent any people coning and spreading the virous. 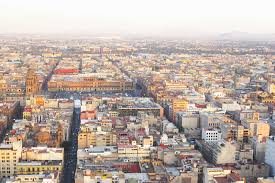 Mexico: Another beautiful county and beautiful people, and what’s not to love about the food!! There are many first world cities in Mexico, while being a world player in the global economy, but many locations are over populated and pollution is an issue. My biggest concern was the growing number of drug wars and the growth of the drug cartels. I would rather not have to ware a flack jacket everyday or be concerned of being kidnaped and held for ransom, which does happen. When it comes to COVID-19 results, Mexico has over 11,000 confirmed cases and over 1000 deaths, that is 15 times more than Costa Rica. 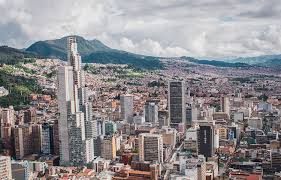 Colombia: A huge country and quite beautiful as well. The 2 main cities in my travel were Bogota and Medellin, both first world cities and for the most part clean. But still a city. Personally, I did not get the warm and fuzzy feeling of being welcomed from the locals as I did in Costa Rica. Colombia as well, has seen it share of drug cartel issues, this scared me away as well as the long travel time from the US. Again, it’s current COVID-19 is over 4,500 infected and 215 deaths. I certainly do not want to go there.
Overall Costa Rica is the best option for people to choose to be an expat. Especially with the COVID-19 issues we are all facing, Costa Rica is a great place to be to weather the storm. After this is Over there will be many more expats moving to Costa Rica.

Here is my latest COVID-19 Update from April 21.