Costa Rican tamales are kind of like the Christmas cookies of Latin America.  They are everywhere in December, and they’re a tradition worth experiencing. 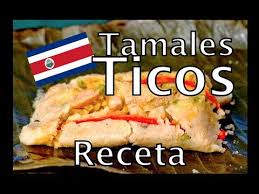 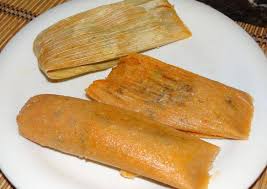 The tradition of making tamales is a labor-intensive, family affair with the women in the family joining forces to prepare them. First the pork broth is prepared with pork chunks, vegetables and spices in a ridiculously large pot—often a 5-gallon cauldron. While that is cooking, rice is prepared, potatoes are boiled, and carrots, peppers, peas and cilantro are sliced and set aside. When ready, the cooked pork is removed from the broth and cut into large, bite-sized pieces. Plantain leaves are washed, veined, and cut to size. Don’t think you can substitute banana leaves—they are too thin and flimsy and will tear apart during the cooking process. 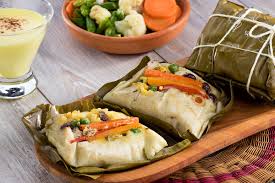 Now it is time to prepare the cornmeal filling. 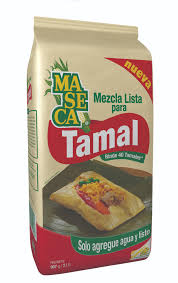 Blend together the cornmeal (masa) and potatoes with some of the pork broth until a wet dough is formed that has the consistency of creamy mashed potatoes. Add salt and/or bouillon to taste. Pork fat you have rendered or purchased at the butcher shop is added to the mix. Here in Costa Rica it is called “Manteca”.  Now for the “fun” part, because the dough is usually mixed with your hands, and before you know it you’re up to your elbows and feeling like a kid again! 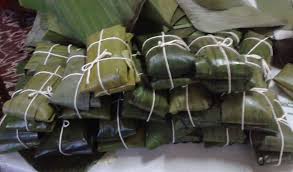 It is time to assembly your Costa Rican tamales, with everyone taking an ingredient! First 2 layers of plantain leaves are laid down. A large spoonful of the masa mix is plopped down in the middle of the leaves. On top of this is placed a spoonful of rice, a piece of meat, a few peas, a slice of carrot, a slice of pepper, and a small stem of cilantro. Some add raisins, cooked garbanzos or green olives—you can tailor them to your tastes! 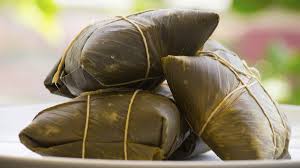 Folding the package is a more important step than you might imagine, and your workmanship will be tested in the crucible of the cooking pot. Raise the edge up lengthwise and fold it over twice to seal the seam. Lightly flatten, and then fold the sides in over the center, making a tidy package. Using string or twine, tie 2 tamales together to make a “piña”, or a pair of tamales—they cook better tied together.

When all the tamales are prepared, drop them into the boiling pork broth. Cover the pot and boil for 30 minutes, at which point the tamales can be removed from the pot, and cooled to a palatable temperature. Enjoy unwrapping your little meal-in-one tamale! Or let them cool and store them in your fridge or freezer to be reheated another day by boiling in a bit of water or microwaving. 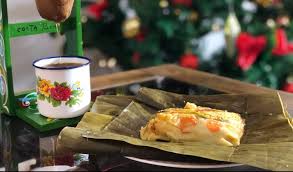 Many Ticos enjoy Costa Rican tamales as a mid afternoon snack, with coffee. I know sounds a bit strange, but heck its their tradition so don’t knock it.

As a reminder, the plantain leaf is your plate and it is NOT to be eaten. Ticos often tell a joke about a gringo who was asked if he liked tamales. He said, yes, except for the lettuce which was really tough (indicating he had mistakenly eaten the plantain leaf). This is hysterically funny to Ticos, so try to beat them to the punch line! 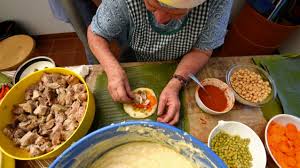 Where did the tradition originate? Tamales came on the world scene centuries long before Christ. The Mesoamerican cultures including the Aztec and Maya were wrapping and cooking foods in banana leaves or corn husks long before any of them heard of Christmas. It is believed that foods offered to the gods were presented in leaves and husks, therefore creating the association with religious events and special occasions. When the Mexican population was “Christianized” by the Europeans, the tradition transferred to the most important holiday on the Christian calendar. 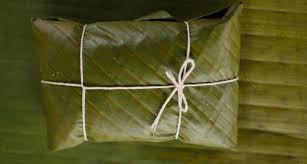 So next time you are here during the Christmas holiday, make sure you try some Costa Rican tamales! I like mine with a touch of hot sauce after unwrapping the little extra Christmas package.

If you want to keep up with what is happening in Costa Rica sign up for my monthly email I never spam and will never pass on your email to any other party.