“When you get here, everything turns into a green paradise, full of wildlife. It cannot be described in a few words. It is absolutely fantastic. On earth, under water, everything is indescribable.” Where am I? Costa Rica’s Cocos Island. 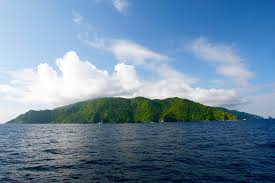 Cocos is a 9-square-mile island about 300 miles off the southwest coast of Costa Rica that is known for its stories of buried treasure. It is believed by some that Robert Louis Stevenson based his famous book Treasure Island on tales of pirate treasure hidden there. It is so remote and pristine, the island was featured in the opening scenes of Jurassic Park. 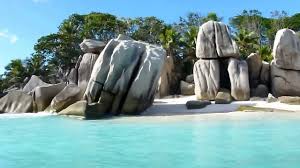 Volcanic activity on the Cocos Ridge gave birth to its only island. This rugged speck of land is the only major island in the eastern tropical Pacific Ocean that receives sufficient rainfall to support a tropical rain forest—275 inches annually—making it a freshwater oasis for sailors who came across the island.

That fresh water was one of the things that attr 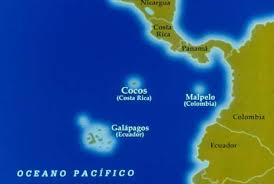 acted pirates in centuries past. Legend has it that the captain of one pirate band chose Cocos Island as his base of operations and the perfect place to hide his booty. According to one version of the story, all the pirates on his galleon decided to bury their share of the treasure somewhere on the island. Using ropes to climb the cliffs that dominate the island’s coastline, each pirate disappeared into the tropical forest. While some trusted their memory, others returned with maps that only they could decipher. After stashing their goods, the pirates sailed away in their galleon in search of more dishonest gains. As it goes with pirates, there followed much double-crossing and mutiny, ending in executions. It is assumed that not every individual pirate made it back to Cocos Island to reclaim their treasure. This assumption has fueled much treasure hunting. There have been more than 500 organized expeditions to the island. According to available information, none have discovered treasure. 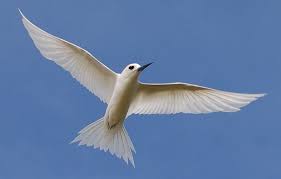 However, Cocos Island is full of treasures—natural ones! The entire island has been designated a national park since 1978, and there are no permanent residents other than park rangers. It is a treasure trove of flora and fauna on land and of marine life in the surrounding waters. Several species make Cocos Island their only home on earth. One of the species of birds on the island is the white tern. It has the amusing characteristic of hovering in the air just above people’s heads, giving it the Spanish nickname espiritu santo, or holy spirit, referring to the Biblical account of Jesus’ baptism. 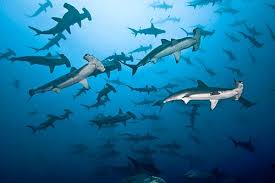 Cocos Island has been rated one of the top 10 best places in the world to scuba dive. Scuba divers treasure the location for the clarity of the water and the dense population of marine creatures. There is an especially high concentration of hammerhead and white-tipped sharks which travel in schools of between 40 and 50.

Live aboard vessels are the only option to visit the island. It is about a 36-hour trip each way from the mainland. If you are planning an upcoming d 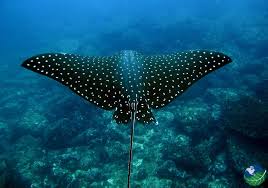 ive trip or travelling to Cocos Island, it is a really good idea to invest in travel insurance for scuba diving. There are no medical facilities on the island, so your policy should also include evacuation insurance.

Just enjoy the beauty of Costa Rica’s Cocos Island and hope to see you in paradise!